The results achieved by the first six Flagships of the Academy of Finland’s Finnish Flagship Programme during their first two years of operation have been evaluated. The results indicate the effectiveness of the new approach. Flagship researchers have produced more than 4,000 scientific publications and 200 patents over a short period of time. The Flagships have been successful in securing EU research funding and have given rise to 160 new start-up companies. Flagship stakeholders appreciate both the cooperation between Flagships and the business sector and the strong commitment shown by the universities involved.

The Academy of Finland is committed through its expertise in research funding to strengthening the utilisation of high-level competence and the collaboration between research and business. Flagships are one example of a form of research funding that combines high-quality research, ambitious objectives for future solutions and strong cooperation with companies and the wider society.

The Finnish Flagship Programme currently includes ten competence clusters whose fields of research vary from building a model for the future welfare society to developing innovations in new biological medicines, biomarkers and diagnostics. Other fields include climate change mitigation, foresighting forest use and real artificial intelligence. The Flagships develop new practices and solutions and engage not only universities and research institutes but also leading Finnish companies, organisations and foundations.

The Academy of Finland recently commissioned a mid-term review of the results achieved by the first six Flagships during their first two years.

In addition to scientific success, the Flagships have also successfully promoted other research impact, in keeping with their objectives. They have contributed to the launching of 160 new start-up companies and their researchers have produced nearly 200 patents. Flagship employees have also been in high demand for various expert assignments and positions of trust. The success of the training is evidenced by the 764 master’s degrees and 227 doctoral degrees completed within the Flagships.

Twice as much funding from businesses as from the Academy

During the two-year evaluation period, Flagships acquired more than 800 new business partners, and the share of funding received from companies more than doubled compared to the Academy’s direct flagship funding.

Stakeholders, too, see the Flagships as important players in the ecosystems of their sectors. In a survey addressed to stakeholders, 94% of respondents strongly agreed that Flagships represent both close cooperation with business and society and strong commitment by host organisations. The respondents found the exchange of information and expertise and joint events to be the most important forms of cooperation. They also felt that the development of products, services and concepts, the development of methods and tools, joint stakeholder cooperation and joint publications were very important. 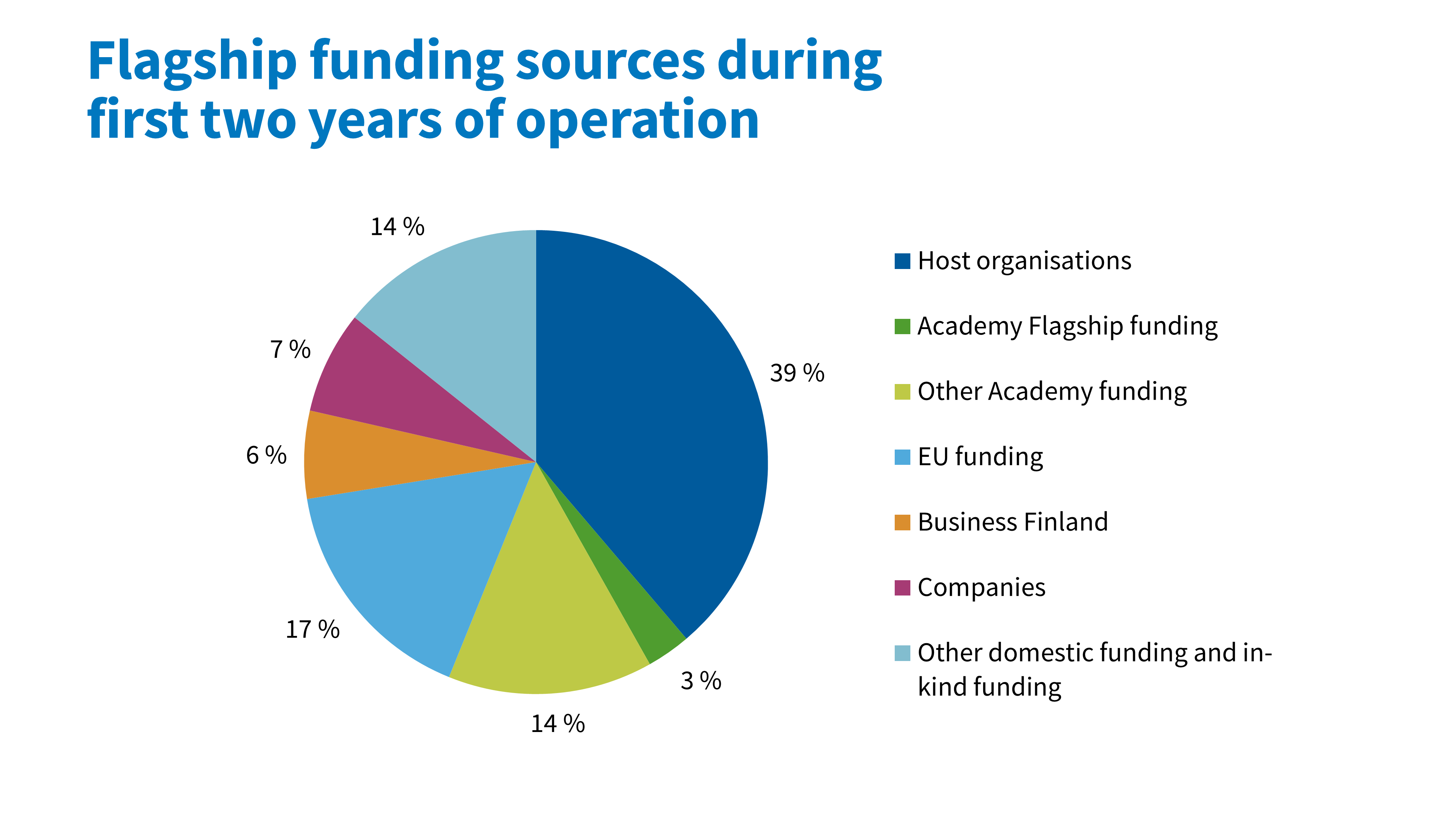 Learn more about the Flagships at www.aka.fi/flagships 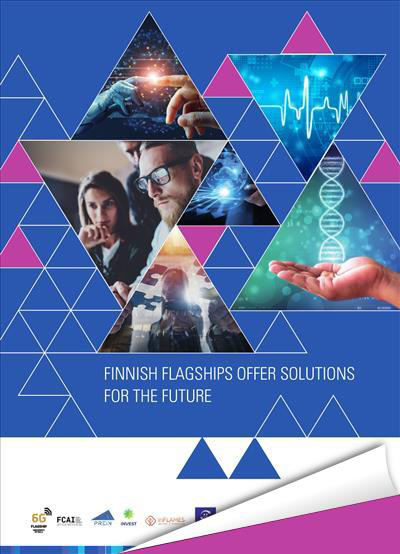