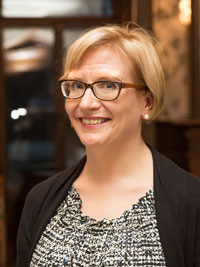 Maija Setälä is a Professor in Political Science at the University of Turku. She is the Principal Investigator of the project "Participation in Long-Term Decision-Making” (PALO) funded by the Strategic Research Council (SRC) of Academy of Finland. In her research, she has specialized in democratic theories, especially theories of deliberative democracy, as well as various types of democratic innovations.

Maija Setälä is a Professor in Political Science at the University of Turku. She is the Principal Investigator of the project "Participation in Long-Term Decision-Making” (PALO) funded by the Strategic Research Council (SRC) of Academy of Finland. In her research, she has specialized in democratic theories, especially theories of deliberative democracy, as well as various types of democratic innovations.