On the strategic research website, we have gathered together policy briefs produced in SRC-funded research. The policy briefs differ from each other both in terms of content and format, depending on the research project and the purpose of the brief. There is no one-size-fits-all approach to writing a good and effective policy brief.

In addition to new knowledge and skills, it is also a question of a change in operating culture, as strategic research scientists learn about new ways to communicate and exert influence. Researchers may experience natural and legitimate anxiety about having to write in the style required for policy briefs, using simple, at times even provoking, language that makes connections between research results and politics. This leap of faith may be necessary, however, in order to disseminate research results to a wider audience than academics and stakeholders in the research project.

Readers of policy briefs, on the other hand, should remember that the document they are looking at, comprising a couple of pages, offers only a small glimpse of the extensive, multidisciplinary and long-term work that strategic research projects involve. The most successful policy briefs catch the attention of those preparing or making decisions, persuade readers with expert knowledge and show readers how to find further information and enter into dialogue with researchers.

How do policy briefs help inform decisions on public policy and what kind of impact do the briefs have? How are policy briefs used as tools that enable research findings to influence public debate and what do they offer decision-makers?

SRC-funded projects produce a huge amount of information about Finnish society. This information also needs to be communicated to political decision-makers so that the information produced through research can be utilised in decision-making and associated preparatory work, for instance in the legislative process. A policy recommendation, or brief, is a useful tool for science and research communication.

A policy brief is not a research summary; instead, its role is to convey the information produced in research projects in a way that underpins policy decisions. A policy brief is therefore a concise, clearly defined text produced as input in an ongoing discussion or decision-making process. The aim of a policy brief is to promote specific social change, such as increasing voter turnout.

Because the research results have been condensed into a policy brief, public policymakers are not required to trawl through scientific publications for information on which to base their decisions. The purpose of a policy brief is also to capture readers’ attention and signpost them towards supplementary material, such as research websites and scientific publications.

The timing of the publication of a policy brief should be carefully planned in advance. A policy brief can be aimed at specific decision-makers or intended for public debate. A successful policy brief is available to readers precisely at the point when the issue is being debated and readers are looking for more information. The best policy briefs contain concrete recommendations which can be used to prepare and make considered decisions based on scientific data.

What impact do policy briefs have in practice? The means of influence can be rather surprising and can take a long time to produce results. To understand the impact of policy briefs on social and public policy, it is best to look at some real-life examples, and this blog contains examples from three strategic research projects: Circular Economy Catalysts: From Innovation to Business Ecosystems (CICAT2025), Novel Protein Sources for Food Security and Climate (ScenoProt) and Tackling Bias and Bubbles in Participation (BIBU).

CICAT2025: Timing of policy briefs a quandary for researchers

The CICAT2025  research project considers policy briefs to be a good way of formulating the message it wants to convey. However, the different speeds at which research and decision-making processes progress present a dilemma for the researchers writing the policy briefs. Research takes a very long time to produce new information and new views on, for instance, the direction in which business and society should be developing. Researchers are faced with the challenge that certain themes become topical issues in public debate while research takes a more long-term approach. This, then, raises the question of whether it is better to allow research to take its time, in order to ensure that all the details have been considered and evaluated, or whether it is sometimes necessary to react more quickly?

The researchers working on the CICAT2025 project believe that a policy brief offers a good way of crystallising this message. Another important realisation resulting from this project is the importance of a visual narrative. Clever visual storytelling is used to put across the main message of the policy brief: the things that need to be done for a circular economy to be realised in practice. (See CICAT2025 policy brief)

ScenoProt: Policy briefs as part of the public impact of research

The policy brief for the ScenoProt project Diversity on the plate is diversity in the field” (in Finnish, pdf) (2018) contained recommendations for measures to support the food system in becoming more environmentally and socially sustainable. The recommendations included agricultural policy, support for business and impact of consumer behaviour. The recommendations were based on research results showing the positive impact of diverse agriculture on climate, carbon capture and sustainability, while also pointing to growing interest among consumers to change to a more plant-based diet.

Because policy briefs usually concern issues of the day which are already the subject of public debate, it is difficult to say to what extent a particular policy brief has impacted decision-making. The themes contained in the ScenoProt policy brief (plant processing promoting diversity, fairness in the food system, increasing the diversity of food production and consumer sub-cultures and tribes, improving the position of farmers) could be found in the Finnish Government Programme in 2019.

An English version of the ScenoProt policy brief was also released. Among other things, this has been used in the preparation of themes for international research programme funding applications.

The BIBU project has so far released two policy briefs, designed for different purposes and aimed at different audiences. The first BIBU policy brief was used for a campaign in which voting data from the previous parliamentary election (2015) was used to create Election navigator (in Finnish, pdf), a policy brief which used graphics to highlight voter groups with low turnout. The review and associated graphs were actively distributed to the media to create publicity around this theme. 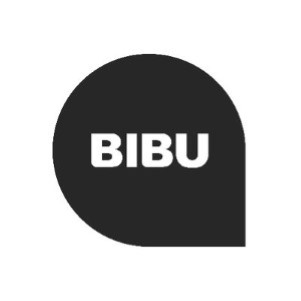 A big article on this topic in the newspaper Helsingin Sanomat was particularly effective. The newspaper, in cooperation with BIBU, created a dynamic search engine based on Election navigator which showed voting percentages by profession. The Finnish News Agency STT also carried a story on this topic, which was covered by nearly 20 newspapers around Finland (including Savon Sanomat, Etelä-Suomen Sanomat, Keskisuomalainen, Demokraatti, Suomenmaa, Länsiväylä, Kotimaa, Kirkko ja kaupunki). Voter turnout did rise compared with the previous election, although probably not because of BIBU alone. However, the policy brief did succeed in getting this issue on the public agenda.

BIBU also produced the Co-Creation Radar (in Finnish, pdf) policy brief, which is a guide to participation trials and specifically to participatory budgeting evaluation in municipalities. The Co-creation radar has been used in partnership with the City of Helsinki and the City of Vantaa and has been widely presented to municipal stakeholders, including at events arranged by Sitra, the Finnish Innovation Fund, and the Association of Finnish Municipalities. The document has been published into English and the authors have submitted an approved invention disclosure for the assessment tool to the University of Helsinki.

BIBU has had good experiences of policy briefs. Policy briefs have proved to be a practical way of publishing research in an illustrative and clear format. The documents are relatively short and use simple language, and an effort has been made to make the layout visually appealing. Graphs are used to illustrate and summarise complex issues.

Perhaps the most important finding has been that policy briefs need not come in one particular shape or format, but can be adapted for different purposes. Despite their concise nature – or perhaps partly because of this – policy briefs can involve a lot of work if they are prepared carefully. Care should be taken to consider when policy briefs are needed, identify the target audience, and plan distribution of the brief.

On the strategic research website, we have gathered together policy briefs produced in SRC-funded research. The policy briefs differ from each other both in terms of content and format, depending on the research project and the purpose of the brief. However, each brief tries to convey new, research-based information relating to a current political issue in a concise, pithy way.

Readers of policy briefs should remember that the document they are looking at, comprising a couple of pages, offers only a small glimpse of the extensive, multidisciplinary and long-term work that strategic research projects involve. The hope is that policy briefs will encourage those involved in preparing and making decisions to approach the sources of the information and enter into dialogue with the researchers.