The Joint Programming Initiative “Water challenges for a changing world” (Water JPI) launched by the European Union deals with water research aiming to achieve ecologically and economically sustainable water systems in Europe and abroad. The seven projects selected to receive funding under the Water JPI Pilot Call gathered to Vienna for a mid-term review in early December 2016. The projects have already achieved influential results. For example, identifying unknown contaminants in the Rhine has provoked important discussion in Germany on monitoring and regulating such contaminants.

The reporting, evaluation and review meeting was conducted as part of the WaterWorks2014 ERA-Net Cofund led by the Academy of Finland’s Biosciences and Environment Research Unit. The Unit also acts as the secretary for the Pilot Call. The main purpose of the meeting was to assess the progress of the funded three-year projects in relation to both their scientific aims and the Water JPI aims and to help the researchers identify and overcome problems encountered during the projects. The researchers reported on the projects’ scientific developments, international cooperation, publication activities and stakeholder engagement.

The wider aim was to develop the evaluation processes of the funded Water JPI projects. The process run-through, including the official instructions and forms, was mainly developed based on the long-term evaluation practices and experiences gathered at the Academy of Finland. Additional support was provided by the Water JPI community.

The evaluation of the projects was performed by a follow-up group consisting of four of the members of the original Water JPI Pilot Call evaluation panel. The tasks of the follow-up group included reading the project reports, evaluating them and finally, at the Vienna meeting, discussing interactively with the researchers about general and individual developments, achievements and specific problems. 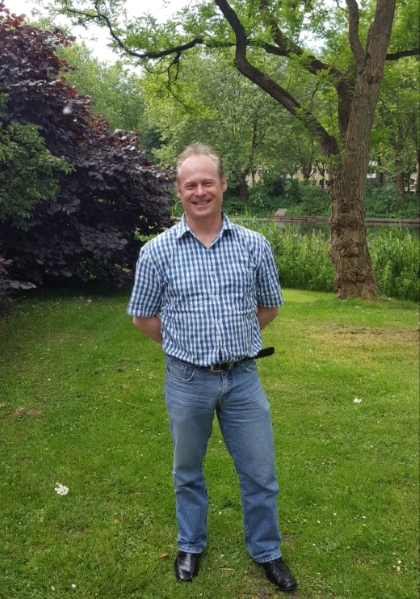 We interviewed one of the members of the follow-up group, Professor Øyvind Mikkelsen from the Norwegian University of Science and Technology.

What did you think about the evaluation process and the review meeting? Compared to other similar exercises, what strengths or new features did you observe?

How can this type of evaluation benefit the projects and their development?

“I think the evaluation can help project partners and coordinators be more aware of the importance of the work done in the projects. It can help the coordinators identify what areas of the projects need to be given attention, and improve the projects’ visibility and potential to interact with stakeholders and society in general. Inviting all projects to a mid-term meeting provides an opportunity to see how other coordinators work with issues such as visibility, student and stakeholder engagement, project meetings, research outputs, general administration, and day-to-day issues. In this way, an evaluation meeting also actively provides the coordinators with a possibility to share experiences and reflect on the coordinator’s role.”

Water JPI seeks to harmonise national water RDI agendas and activities. How can the evaluation serve this objective?

“The evaluation process is important in monitoring that the overall output of the projects generates the needed critical momentum and outputs to meet the aims set by authorities. As a follow-up group, we can get a more general overview of the total output and a possibility to use this when guiding the projects. The evaluation process involves feedback and suggestions to secure an optimal use of public funds towards the main aim to better align water research agendas at international and European level, while considering the large variability in European water issues.”

The impact of the projects will be assessed with a final evaluation in 2018. Are there already signs of significant scientific and societal impact?

“All of the projects have great potential to produce significant scientific and societal impact. This became evident during the mid-term evaluation meeting in Vienna. All projects had produced significant scientific impact and utilised multidisciplinary platforms. For example, the FRAME project had identified unknown contaminants in the Rhine and other water resources. This had led to an official debate on the regulation of such compounds. The findings have resulted in interesting and important knowledge that should have direct impact on frameworks and compounds to be monitored. At the Water JPI conference in Rome in 2016, the METAWATER project in turn had provided insights into new molecular-based tools for identification and control of microbial contaminants in irrigation water, which is an important contribution to stakeholders and the general public.”

The METAWATER project had provided insights into new molecular-based tools for identification and control of microbial contaminants in irrigation water.

The evaluation aimed to improve joint call processes, strengthen Water JPI’s water research vision and stimulate debate on future initiatives. Do you think the projects could or should continue collaboration after the funding ends?

“Yes, I would highly recommend it. The composition and purpose of the JPI projects have given some interesting advantages. The projects are not too large in structure, but at same time they are very goal-oriented and focused. Compared to large-scale projects, the JPI projects are relatively easy to manage. Despite their moderate size, they’re very efficient in generating urgent research and breakthroughs in strategic areas. The amount and importance of the research that has been and will be achieved in the JPI Water projects are unexpectedly high. Given the limited number of partners in the projects, they all become important and strongly involved. Large-scale projects may face an imbalance in the distribution of the work load, and some partners might be less visible and their role somewhat diffuse.”

The Academy of Finland’s Biosciences and Environment Research Unit has worked actively within Water JPI since the initiative’s first steps, for example in in several ERA-NET Cofunds. AKA’s work in Water JPI has also been supported by a national follow-up group consisting of ministries, universities, research institutes and other relevant water stakeholders.

The projects funded under the Water JPI Pilot Call will be completed in December 2017. The final evaluation meeting will be organised back-to-back with the Water JPI International Conference in Helsinki in June 2018. The meeting will place emphasis on the impact of the research results.

Unknown contaminants identified in the Rhine River by the FRAME project: http://pubs.acs.org/doi/10.1021/acs.est.5b03926

Last modified 4 Aug 2017
Connect with us